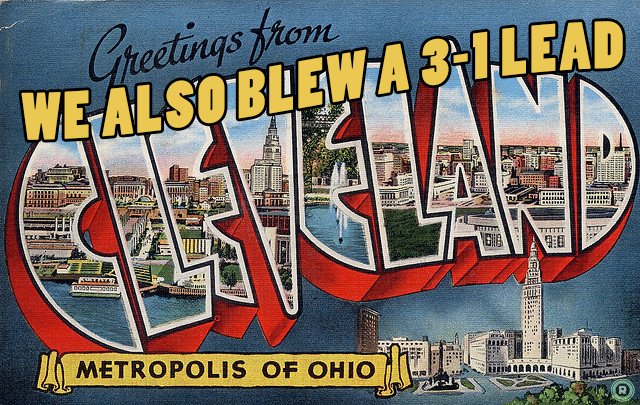 You’re probably wondering why I’m writing about baseball in a basketball blog. Despite having no vested interest in either teams, last night I witnessed what has to be the most exciting baseball game to date. I know there are a lot of you basketball fans that don’t watch baseball, don’t care about baseball and don’t want to read about baseball but hear me out: THE CLEVELAND INDIANS BLEW A 3-1 LEAD AGAINST THE CUBS IN THE WORLD SERIES. Sound familar?

The irony and karma in that statement is off the charts. But before we get there, let me set the stage. This is game 7 of the MLB World Series. The Chicago Cubs vs the Cleveland Indians. The Cubs haven’t won a World Series in the past 108 years –the curse. And the Cleveland drought is 78 years and counting. The stakes were high for Cleveland going into this game, they had a 3-1 lead, the game was at home in Cleveland and the championship champagne the Cavs had brought had started to run dry. #Believelandpart2?The ballgame was movie-esque. The Cubs opened the game with a leadoff home run and built their momentum early on. During the 8th inning, Chicago was up 6-3 and at that point everyone figured the game was in the bag.

“Up 3 with 4 outs left to go, anyone would take those odds.”

Cleveland, however, was relentless – after scoring 1, Davis hits a 2 run HR to tie the game and the crowd went nuts. I couldn’t believe it. “The curse is real.” Heading into the 9th you could sense that this could be a comeback for the ages. The 9th inning was a suspenseful null score and the rain started coming down. A rain delay was called. Wow. And the Cubs come out of the 10th with 2 early scores with 3 runners left on base. The anxiety lasted until the final out as Cleveland scraps together 1 run but falters in the end.

THE CUBS WIN THE WORLD SERIES 4 GAMES TO 3.
Screw you LeBron!

God still hates Cleveland. The rain delay crushed all Cleveland’s momentum and allowed the Cubs to recuperate for their final two runs. 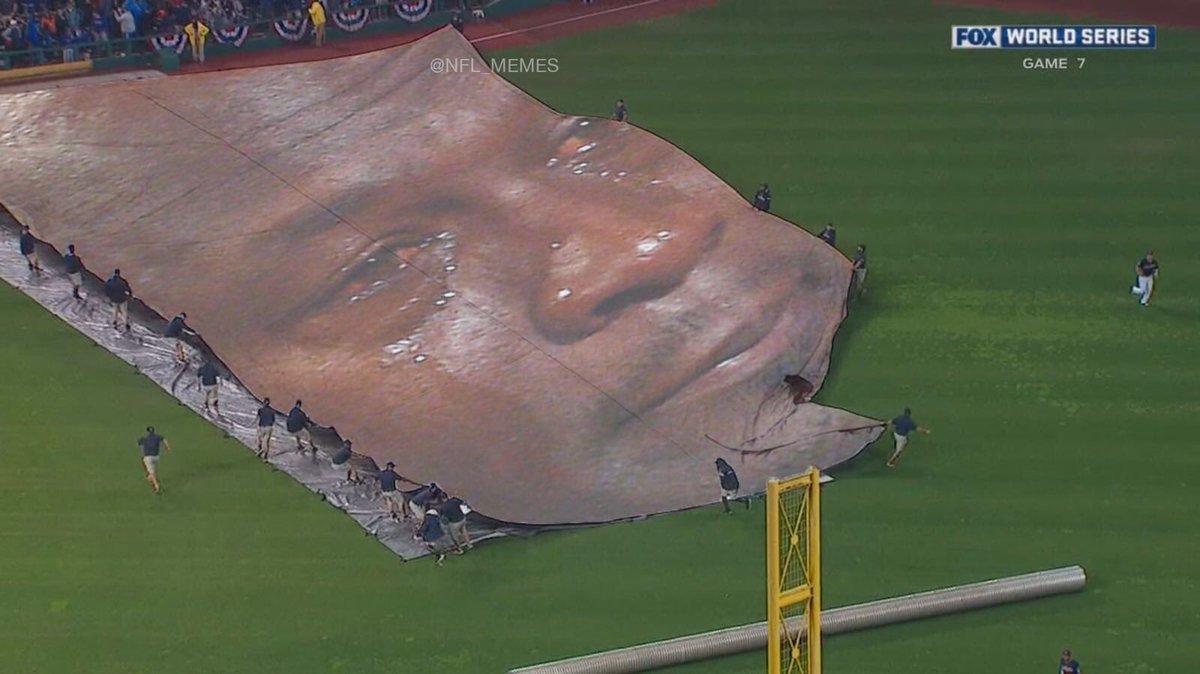 A few days ago, LeBron hosted a Halloween party where he mocked the Warriors for blowing a 3-1 lead in the NBA Finals. Karma.

Not even 30 seconds after the game, Draymond tweets out “Man 3-1 sucks”. 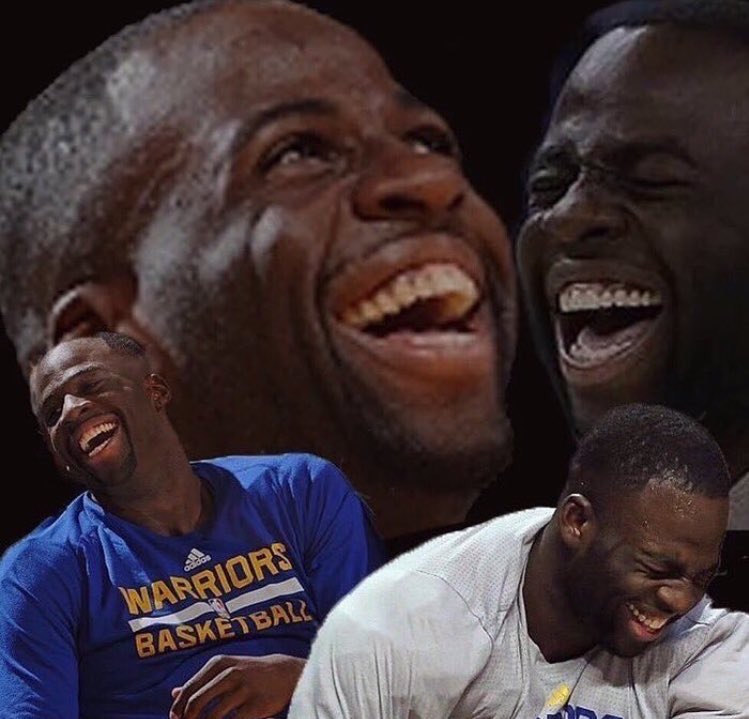 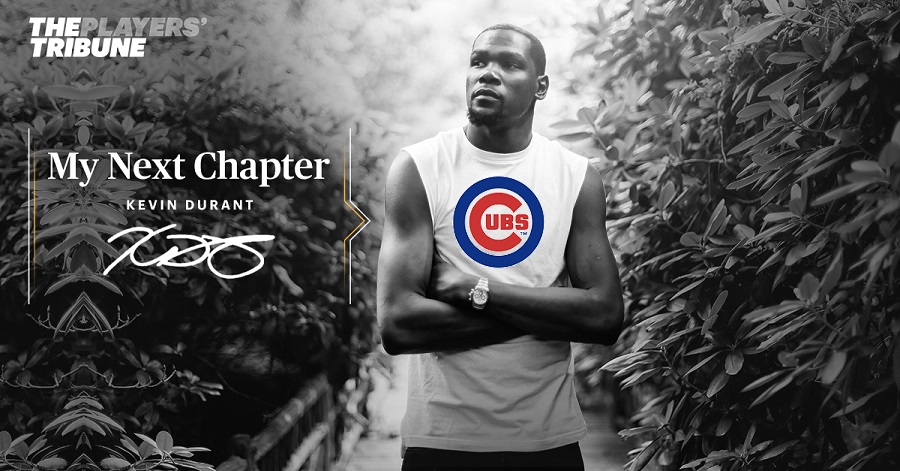 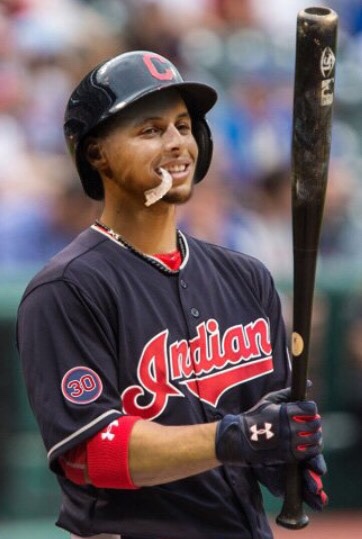 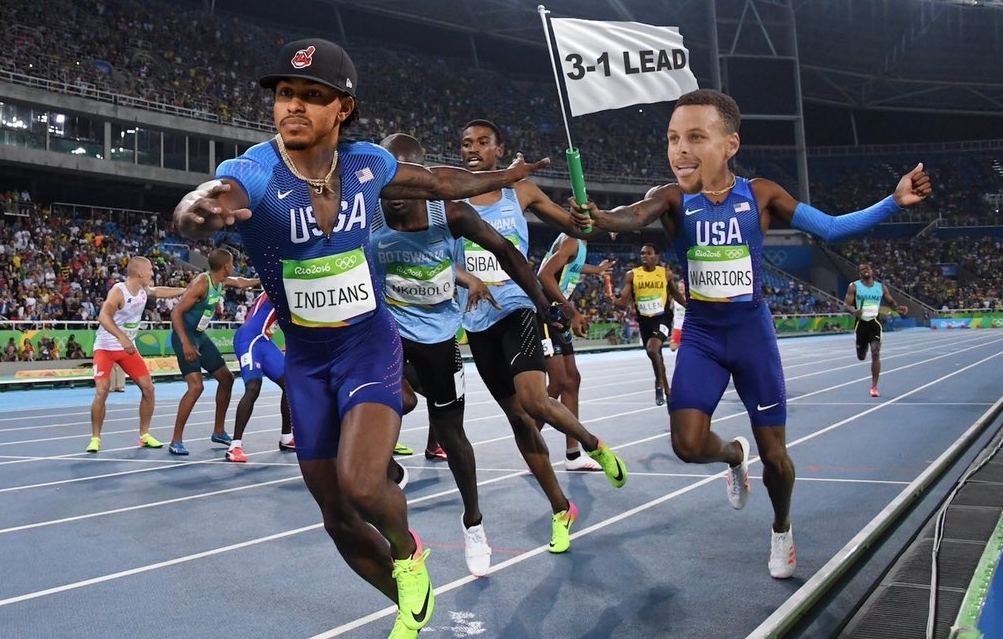 That night the entire dubnation became cubnation. It’s hard to describe what it feels like as a Warriors fan. It’s therapeutic in a way, knowing that it’s come full circle. The door for last year’s finals has fully closed. As a salty Warriors fan, Cleveland winning would’ve opened up old wounds. So thanks Chicago. We needed it. More than you probably think.

Now let’s all bask in the glory of this amazing video: