002. How Archaic Technology Can Build Immersion

The human psyche is an extraordinary thing. On one hand, we’re simple creatures that love the good and hate the bad. On the other, we like to feel rewarded for the hardwork we do, even if that work doesn’t always make the most sense. Let’s be clear about one thing right now, I’m not a professional psychologist. I’m not even a psychology major. But there have been trends throughout the history of gaming that have led me to believe that simple features and technology may be the some of the best ways for players to feel as though they really do belong to a fictional, virtual universe.

Again, a caveat. This article isn’t written to say that technology is bad. The opposite is true. So many quality of life improvements have made many many games much better. In League of Legends, your champion’s health bar was displayed in a different color than everyone else’s, which made distinguishing your character much easier. In Halo 2, they added the ability to dual wield guns and had a bigger arsenal for more varied play. The list goes on and on forever. However, at this time, I will be diving in to a very small crevice in gaming where the oddity of simple functions made a game so beautiful.

First off. Traversal. This is already a hotly debated topic in game design and can go in two different ways. Let’s use Bethesda Game Studios’ beautiful Morrowind as an example. The Elder Scrolls III: Morrowind, a highly respected game known for its incredible depth, its wide array of gameplay content, and its flawless immersion. One aspect about Morrowind was that a substantial amount of time was spent in game traveling from one location to another. Players have complained that traveling in this game takes far too long, and can eventually fall into yawn inducing tedium. A boring mechanic that only inflates gametime hours for moneymaking statistics. While their complaints may have valid reasoning, part of the undeniable awe of the vast world of Tamriel is explicitly shown during travel. The desolate roads, the conniving thieves, and the honest hearts in need. All of these mini adventures are just stepping stones from being behind a computer screen to entering a wonderfully crafted universe. While there may be incredibly boring times along the way, the immersion is truly unrivaled. That is not to say that fast-travel cannot be attained. Morrowind, and even games like World of Warcraft, had different methods of quick movement that didn’t take the player away from the experience. Rather than doing what Morrowind’s successor, Oblivion, did with traveling from city to city with a mere click of a button, Morrowind had methods that were cleverly intertwined with the game. Admittedly more inconvenient, having methods like teleportation with the Mage’s Guild or Charter boats are ways to both move quickly and keep the player immersed. World of Warcraft had similar traveling mechanics with the Flight System. Overtime, players would acquire Flight Points from Flight Masters, and would be able to adjacent Flight Points that were also unlocked. Three features of this system kept the game immersive. First of all, the flights would all incure a small fee. Although the fee wasn’t wallet breaking, it gave the sense that travel did not come free like in our current world’s economic system. Secondly, during a flight, it wasn’t just a cut from one point to the other. The player would get to enjoy the scenery as the Mount you rode on actually flew from one part of the world to the other. Lastly, in order to fly to a further point on the map, one would still have to fly to a closer location first before continuing on to the final destination, although the flight would be non stop. This really gave the travel system more realism of, yes inconvenience, but also the idea of no, the player cannot just travel wherever they want at the blink of an eye or even at a direct flight, similar to our plane flight systems today. Do developers value the idea of realistic travel or do they value the convenience of player experience? 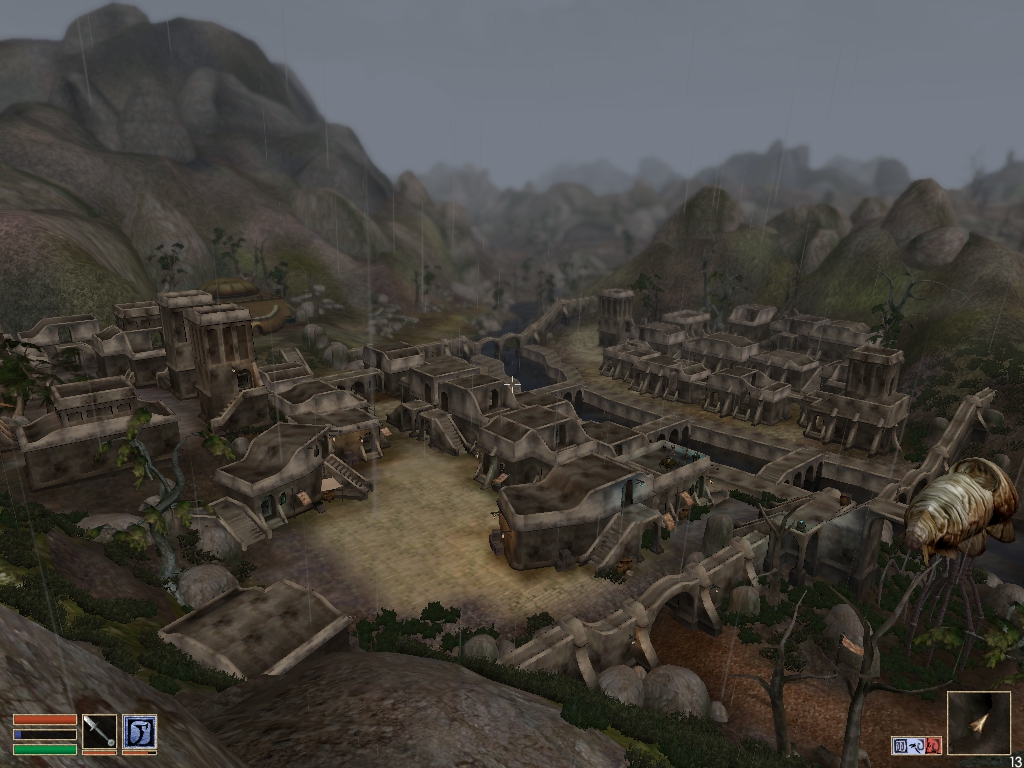 And now to the meat of this discussion, and I’m glad I used it as an example earlier, because I want to take a step back and explore the World of Warcraft. I wasn’t a WoW-er back in the day, and trust me I wish I was. However, I cannot deny the claim that World of Warcraft is not only one of the greatest games of its time, but the foundation of what future massively multiplayer online role-playing games will strive for in their products. World of Warcraft came out at the perfect moment: not too early as Runescape dealt with the growing pains of being one of the early successful MMORPGs, but not too late where convenience and standards were set for what games of their genre SHOULD be like, despite sacrificing other key elements of the game. What I mean by this is World of Warcraft created and improved upon so many systems, and because many of these ideas were so fresh and so new, they were allowed a simple structure that covertedly added an element of immersion that would later be taken away for the “quick fix” fun that players wanted. One of these systems was the excrutiating and painful process of gathering a team of talented and capable individuals to strategically charge head on into one of WoW’s finest raids. Nowadays, a “Looking For Group” function is built in, making it easy to find random nobodies to go spelunking with, despite their readiness. Back then, players were practically interviewing others to make certain that only the most hardcore, passionate, and intelligent ones were accepted into their guild for raids, or even just a one time stint. This process took hours, and sometimes wouldn’t even pan out at the end as a key player decides he needs to eat dinner with his unacknowledged significant other instead of fully commiting to the raid he said he would. Shattrath would be a cesspool of players trying to find a competent healer just to grab a chance at the sickest of gear. It was tough. It was awful. But when it all came to fruition, and when you build meaningful relationships with other players because you would all decide to come on at the same time to try and achieve the same goal, a beautiful feeling is rewarded. That feeling of accomplishment. Of passion. Of hardwork paying off. All of these things were rewarded to the committed and in a different way made players so invested in the World of Warcraft that they felt very much a part of it. While the playerbase was sincerely molded into Azeroth, many of them did not want to invest so heavily in a game again, and game studios adhered to that idea. I personally believe everyone is just waiting for that second grand magical adventure to happen, and when it does, we’re all jumping aboard the hype train together.

Before I close this idea, I wanted to present a final, much weaker example of immersion. The same idea of simple mechanics rewarding the player, but being immersed in a different fashion. This story takes us to the highly anticipated transition from Starcraft: Brood War to Starcraft II. Starcraft is a highly technical and decisive real-time strategy game made in 1998. Twelve years later in 2010, its sequel Starcraft II was born. Starcraft II came with a lot of quality of life improvements, which in my opinion were good changes for the game. Changes such as being able to select more than twelve units or selecting multiple buildings at a time all made for an easier time organizing one’s base. However, higher level players have expressed concern that these changes lowered the skill cap for the game. It makes sense. The more convenient the mechanics, the easier the game. I’m by no means a professional at this game, but I thought these changes were necessary to make it an overall better game. The immersion in this sense is the drive to become the best, but when it becomes more accessible to other players in terms of skill, it can come off as unappealing to the most dedicated of players. This idea brings up the question of the meaning of skill and challenge, which is a discussion for another time. I really just wanted to bring this example to light and that sometimes making the decision to be more immersive or more accessible is a struggle for many game designers. 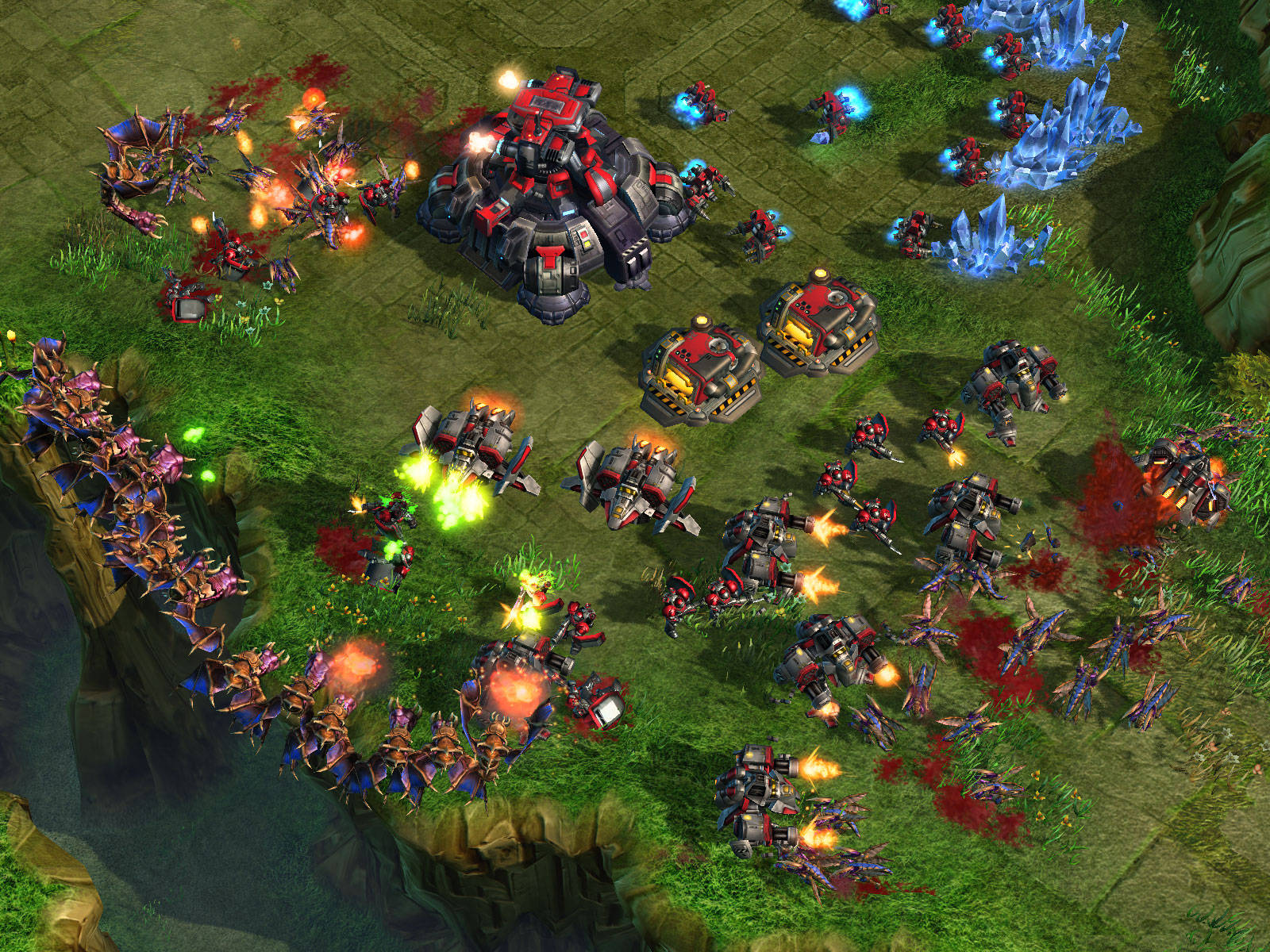 Technology is great, don’t get me wrong, but sometimes it’s worth taking a step back and looking at what made older games great. Looking at our history of gaming, there’s a lot to learn, and I hope that as we move forward in gaming technology, we don’t leave behind the sometimes simple and beautiful mechanics that our most beloved treasures have graced us in their prime.