The sensation when you finally understand on how to top spin a ping pong ball is fantastic. Even when losing, it is not a total defeat when you gained something.

Well, for some time, I’ve been meaning to write something about Guilty Gear. But I never really know where to begin. Whether it is about the actual gameplay mechanics, the competitive side of the game, or just the art style of Guilty Gear Xrd. Starting is probably the hardest thing to do and most likely, I am already boring you. So without further ado, I am going to ramble nonsensically because that is my specialty. 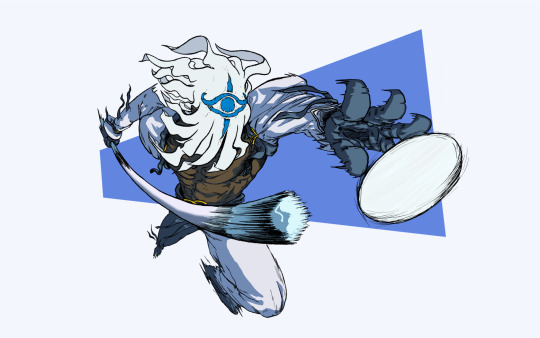 So, at this point of my lazy life, after psycho-analyzing myself a bunch of billion times and discovering my true secret hidden fetishes (nopan), I’ve come to the realization that I am attracted to bizarre and quirky videogames such as Katamari Damacy and Rhythm Heaven. Guilty Gear isn’t exactly as quirky as the two that I just mentioned, but it has a certain charm in its characters. Many of its cast are very memorable in design and in their gameplay. There is a little pirate girl wielding a large ship anchor, a poor guy possessed by a household of ghosts, a doctor with a bag over his head that is seemingly capable of pulling any item out of nowhere, a girl who is actually a boy swinging around yo-yos and tricking many players to fap to “her”, an ex-druggie ninja weeb who is campaigning to be President while shouting sushi along the way, and a sadistic time-traveling witch lady who gets a boner at everything dying around her while being very technical with her guitar.

Yes, I did and don’t call me Shirley. Guilty Gear XX #Reload was my first fighting game. I loved the many different characters and how each of them had their own gimmick and flashy style. They kick-started my heart toward the franchise. However, even though I came for the characters (especially Bridget if you know what I mean), I eventually stayed for the hard and fun worthwhile gameplay experience. At that time, little did I know that Guilty Gear was arguably one of the hardest fighting games out there in the market. With many system mechanics ranging from false roman cancelling and faultless defense to the guard gauge and bursting, it took many hours learning and utilizing them at the heat of the battle. And not only that, but each character have their own subtle nuances that take time to learn in different match ups. As a result, it’s very hard to be proficient with a wide array of characters, resulting in players to specialize in a single character only. After realizing this, I settled upon Bridget as my main character for no apparent reason other than that I share the same name as his teddy bear. 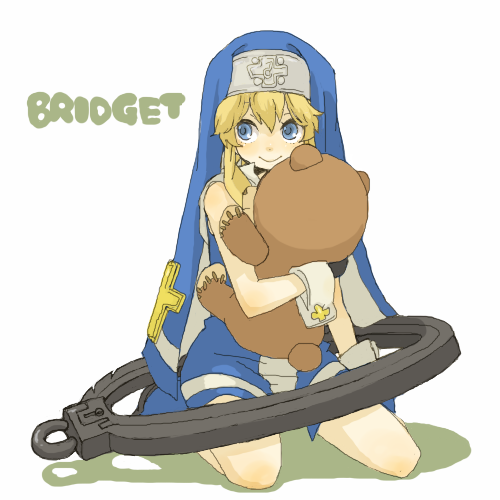 A newbie with no fighting game experience playing one of the hardest fighting game out there. As one might expect, I was anally destroyed by many cocky players. But jokes on them, I try to not get discouraged from dragging my feet though the mud of sharp losses. As a low self-esteemed person, I take my defeats as my personal self-worth. It is what to be expected, I belittling say to myself many times.

Combo-ing was hard, airdashing was hard, and don’t even get me started on those absurd 3 to 5 frame false roman cancel pinpoints. Looking back, I didn’t really know why I stuck with Guilty Gear for as long as I did. Was there any merit in losing? At that time, I wasn’t really thinking about winning. I was simply having fun mindlessly button mashing and collecting my defeats in a burlap. To me, Guilty Gear was just another video game to pass the time when I had nothing to do.

But those thoughts that I repeated over and over were perhaps merely distractions to hide the unbearing truth that I wanted to averted my gaze from.

The truth that I was simply not good.

Of course, naturally, when you play a game for a very long time, you will eventually get better and be finally able to move that heavy key.

“Gitting gud” is an aspect of fighting games. Unlike a team game where it is easy to point fingers 1984 style, players don’t really have anything to blame except for themselves and Dark Phoenix. It is a cruel harsh reality that one must trek. And while many will doubt themselves in striding over that one tall hurdle, it is important to note that you are not actually alone. The opponents that you fight, are indeed, other fellow human beings just like you. Having friends and rivals alike is an odd thing in fighting games. Like having a sibling that you butt heads against, a brotherly bond is formed by going at each other’s throat. Through long sets of savagery, you begin to learn of your opponents’ habits and tendencies. And similarly, they learn of yours. What is resulted from this is both players trying to play some trickery on one another in weird newtype kind of fashion known as yomi. From this strange type of communication, you both help each other “git gud”.

Playing on an illegally downloaded version (don’t worry, I bought it on steam later when it came out) with a fan-made online patch, sending messages was very inconvenient. Only obtainable through pirating back then meant the community was very small as well. But although I was playing against the same exact players almost everyday, I really treasured those memories and experiences. Even though we could barely talk to each other, playing a few set of rounds with them was always fun and uplifting. I certainly learned a great deal about the game from them and many laughs were had by my lonesome self on those still and quiet nights.

(I would like to share this poorly made .gif of me bro-fisting a player that I regularly fought against)

In those long years of playing Guilty Gear XX #Reload, I don’t think I ever regretted losing a single match. Not because I pitied myself, but there was always something to gain, whether it be a new strategy, refining a technique, or making a new friend. And so, to answer my previous question: “Was there any merit in losing?” Yes, there is always merit in losing. A hundred wins is worth less than a single win after a hundred losses. Because that one win symbolizes the rewarding triumph of all the effort painfully poured into climbing your own personal, arduous mountain. 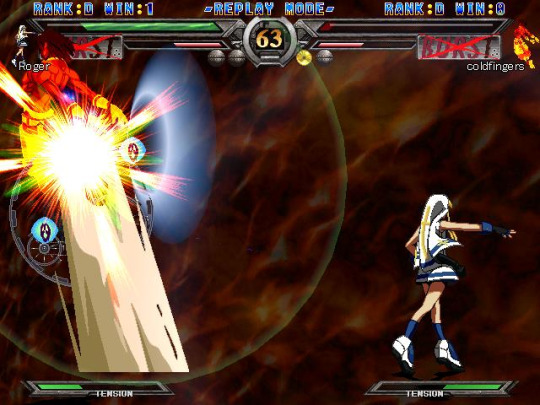 Importantly, the other major factor that kept me going was my initial love for the game. In a way, this blog post is my love letter to Guilty Gear. The detail attention to the sprites and 3D models, the carefully crafting of the system mechanics, the freeform combo-ing style, and the friends and rivals that I silently bonded with. I give my gratitude to this quirky, complex, and rocking video game and hold dear to my heart of the lessons that it taught me.

So, as the match begins again on Guilty Gear XX #Reload, “Heaven Or Hell, Let’s Rock!”, you can choose if you want to mope around and stay in ELO Hell forever. Or choose to learn from your mistakes, have a blast, and eventually make it to Heaven.

Well, the answer is a no-brainer. 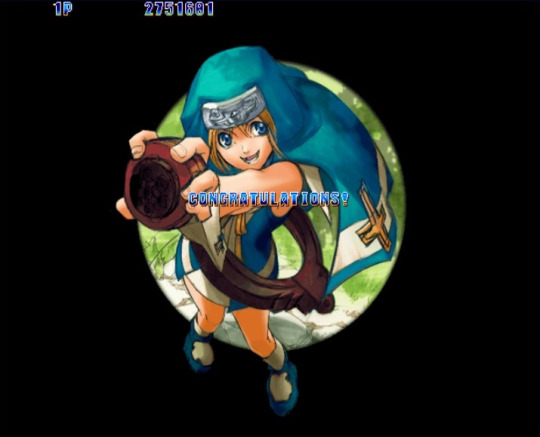