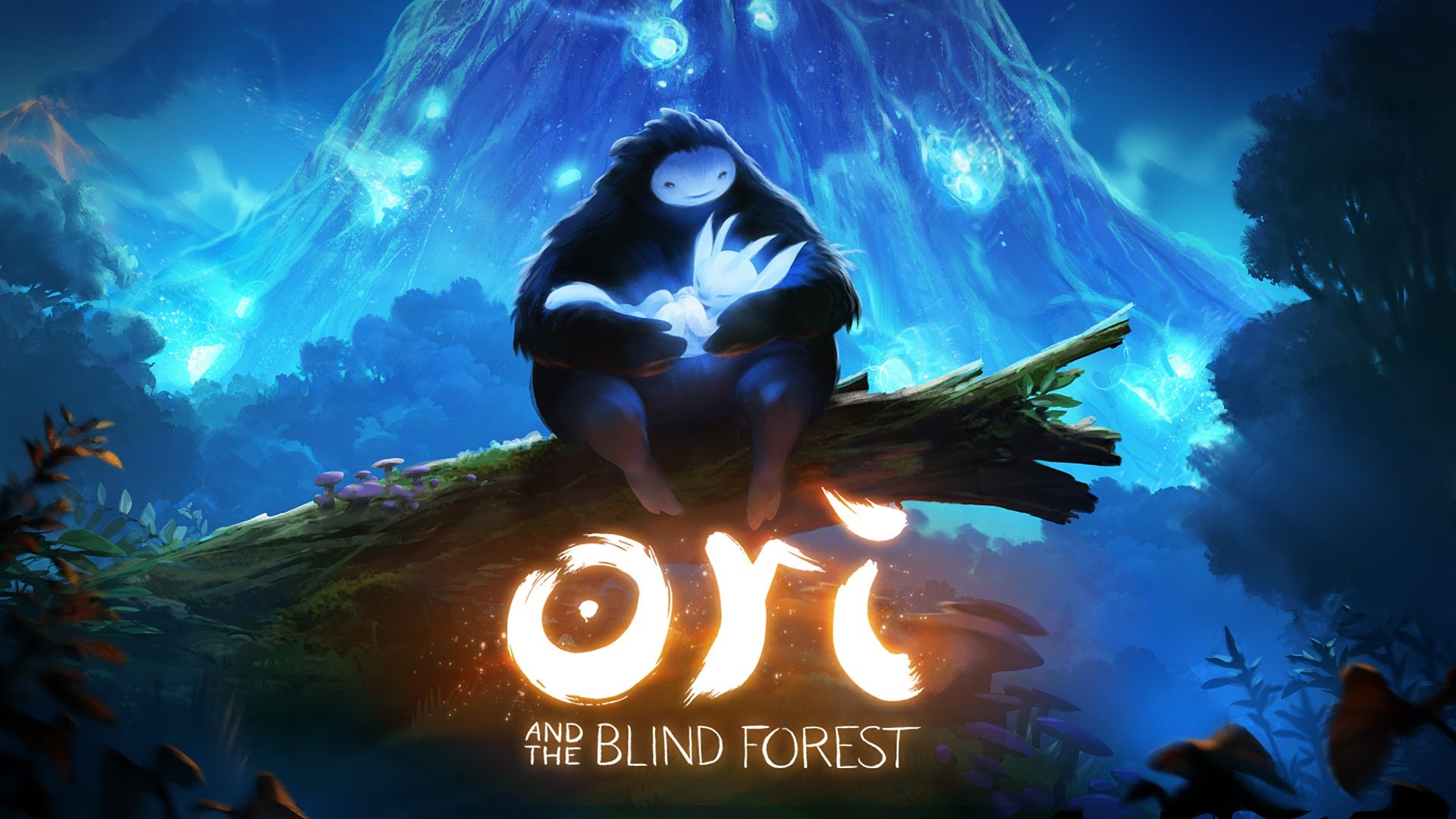 Through the last ten years of gaming, I’ve always yearned for that one game where I would get instantly warped back to my childhood. Back to the days of youth where I actually felt mesmerized by the adventure that lie before me. Though many fun experiences were had, none of them quite sucked me in like the beautiful masterpiece that is Ori and the Blind Forest. Welcome everyone, to one of the most epic adventures you’re about to embark on. 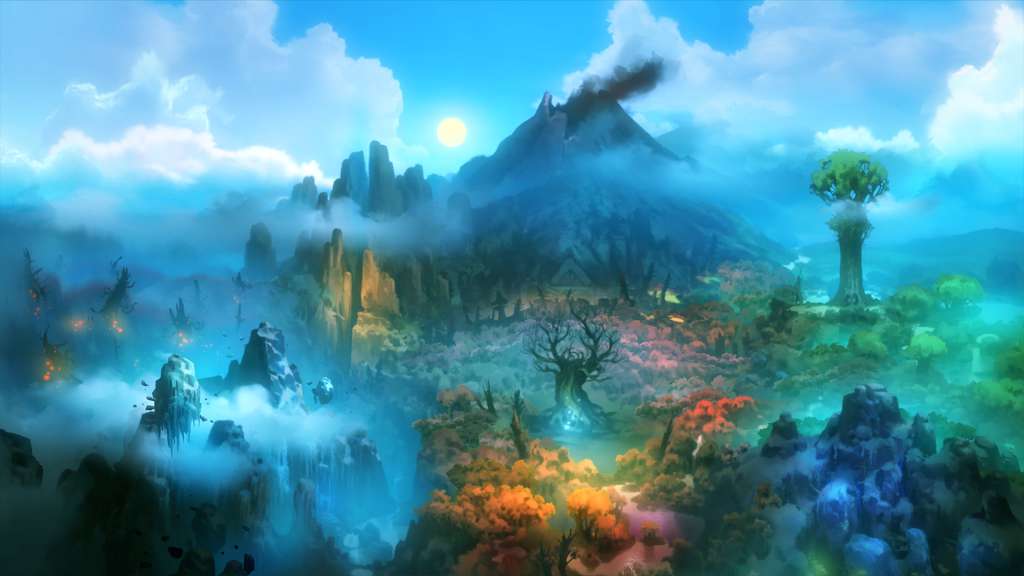 Ori and the Blind Forest is a beautiful Metroidvania style game that will leave you satisfied yet wanting more when you’re finished. With a compelling story and short gameplay, it really felt like I was watching a movie instead of playing a game. The art style for Ori and the Blind Forest looks like a hand drawn, flowy, paint brush style similar to Okami. To me, there are many games that were gorgeous and technologically grand at the time, but tend to look outdated as time moves forward. With Ori, because the graphics are a very specific art style rather than a graphical phenomenon, it will definitely be a game that can stand the test of time and even become a timeless classic in the future. The beautiful rushing water, the lush and colorful background, the abundance of lights admist the dark background: it all brings the game together into one cohesive art piece. 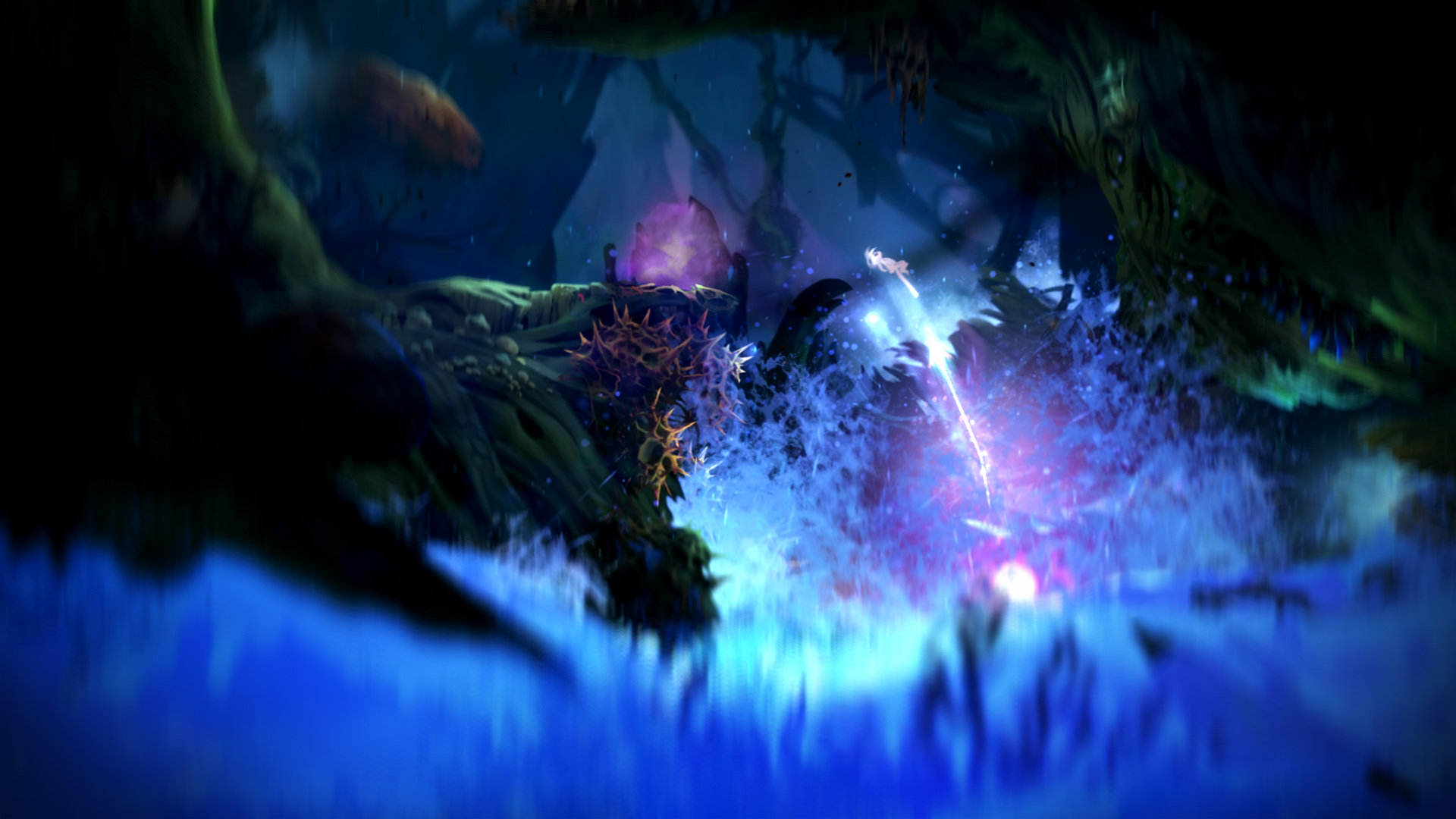 As lightly indicated on my Metroid Prime review, there are three main criteria I focus on when playing a Metroidvania game: control, freedom, and pacing. For Ori, it has done all three of these things wonderfully. The controls were tight, responsive, and filled with options. Ori can move, dodge, jump around, and use powers to such an extent that I felt fully in control of what I wanted to do when I wanted. Ori wasn’t slippery, slow, and didn’t have long startup frames for most of his/her moves. At first, the game can feel a bit slow and like a typical platformer, but the game picks up quickly and all of a sudden Ori has many different ways to accomplish the same task. When there is an obstacle in front of you, it never feels like you’re being forced into playing one style, but instead you can use your creativity to progress forward the way you want. There are exceptions of course, but even then it feels like they are being used to teach you how to use your newfound mechanic.

This brings me to freedom. Not only are you given the creative freedom to solve various puzzles and obstacles, you are also given the freedom to go where you want. Sure, there will be areas that are blocked off until you gain certain powers, but once the game opens up, there are many paths you can take to enjoy the environment. Most of the obvious roadblocks are for powerups, sitting at an unreachable height tantalizing you with its glow, or lying in the dark depths below telling you you are not ready to unlock it yet. Ori uses the modern teaching method of showing the player the mechanic, and then putting an obstacle that requires that mechanic to get through, instead of using text to describe the mechanic itself. Because of this, the entire game feels fluid and free. The dungeons feel like a test of your knowledge of different ways you can move with Ori. By the end of the game, you feel like a master of the world, moving as you please.

I think it’s important for a Metroidvania game to feel weak and helpless in a vast world at first, but by the end of the game feel like a king. I think Ori has done this very well. Ori also has done a great job of starting you off small, but not restricted, and giving you many useful and fun power-ups spread throughout the game. Overall, Ori is a fast paced game and all the power ups feel like they add on to that theme. However, my only tiny complaint is there is one crucial ability that is great to use and make you feel powerful, but it stops the game so you can accurately aim your trajectory, and it does slow down the game a bit although it doesn’t detract from the experience much. The ability is still incredibly fun to use too.

Ori and the Blind Forest is an artistic masterpiece that is fun, fast paced, and beautiful. The gameplay is fast, fun, exciting, and free. It pulls the player in with its creativity, and gives back with a smile on the player’s face. Although it doesn’t do anything new, it does what it does perfectly. 8.5/10 (which is incredibly high on my strict rating scale).