The Wheel of Fate Is Turning.

Riichi mahjong is a strange game. At its core, it is traditionally a gambling game where players’ necks are at the mercy of Lady Luck’s guillotine. One decision, a doorway brimming with light and hope, could house a grim reaper behind it, waiting to behead you. Obviously, it would sound foolish to compete in such a game where a stroke of misfortune can sway your tournament results, right? Well, jokes on you! I was born a fool, nya! 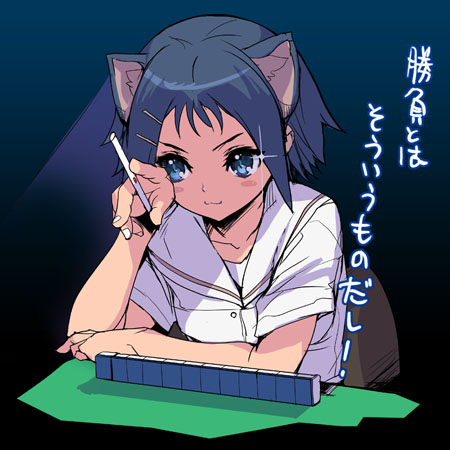 In these past months, probably nearing two years by now, I have had the chance to participate in multiple online mahjong tournaments. Not that I was bored or anything, but really I was bored and felt like taking a stroll into a psychedelic inner chamber of insanity. And while I may not have had any success in any of the tournaments except for one, going through a mental Hell back and forth was a worthwhile journey, as disbelieving as that may sound. To fight through the unknown, taking on risks, gathering courage while all the same seeing it shattered immediately. In a chaotic, frenzy environment, a slight misstep in decision could lead to a disastrous fall, the end of a tournament life.

To combat, players equip themselves with knowledge and information accumulated from experience and study materials, allowing them to more accurately read their opponents hands and possibly deduce what they hold. The problem is that with the impact of luck, deduction skills are not foolproof. It is near impossible for players to have a correct assessment at all times, as such skill is resemblant of an upper deity’s. Multiple variations of patterns can occur in a single situation, and using process-of-elimination to narrow down to a specific shape is not viable in nearly all scenarios. As a result, players take every possibility into consideration and assign a risk percentage to each one, leaving the ultimate choice to be a gamble if they want to pursue victory.

With the risk management mindset and the random element established, a single mahjong game is not enough to determine who is the better player. Sure, it may be enough to see the difference between an incredibly bad player and a good player, but it’s not enough between two players with close skill gaps. Only in the long term, as more samples and statistics are recorded, the difference in capability becomes more apparent. With that said, what’s the point of tournaments, an environment where a single game of randomness can decide your tournament life? Why go through such an ordeal only to be unluckily busted out by newbies and pros all alike? I probably have a better time with my tummy out, snacking on ranch doritos while watching Joshiraku and not getting any of the cultural jokes again. 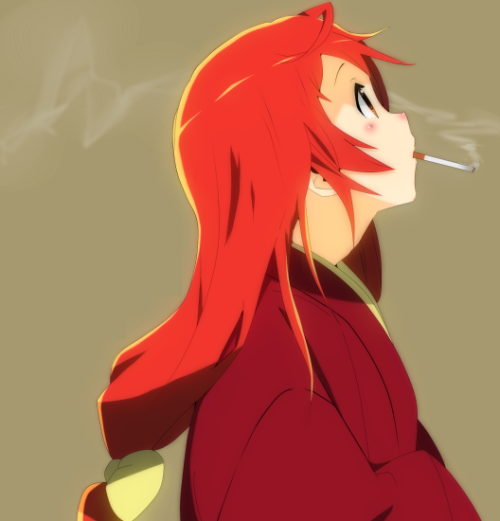 Competitions can turn a man upside down, twirl him around, and put him back upright. A man of pride can enter a competition and leave with the lowest self-esteem. Thoughts of doubt, thoughts of hatred, intermingling with thoughts of confidence and thoughts of goodness in a short span of time. Repulsive elements chaotically intertwine in a downward spiral through a game of randomness, conjuring an experience of pointless meaning but simultaneously a newfound perspective of what it means to fight.

As one passes through the nauseating wave of emotions and competitive turmoil, stumbling and tumbling, the ocean of misfortune plunges them into the deepest depths of despair. And then at some point, at some space and time, what was left of an emotional resistance becomes a reprieve of the soul. The still body, battered and scarred, floats back to the surface and reaches the shores of enlightenment. 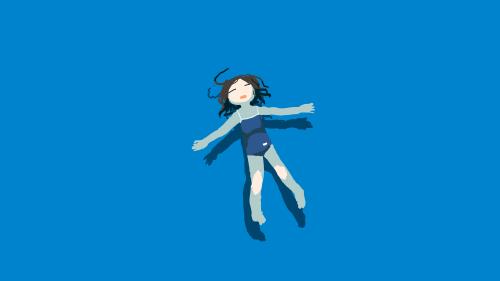 A concept in Zen philosophy, mushin is a mindset where one does not expect anything, great or less. What happens, happens, and one reacts accordingly in a simple manner, with no fear and no euphoria behind their actions. Prior, in the whirlwind of emotions, focusing on a grander goal, emphasizing victory, fearing defeat, the dopamine shots of riichi and the dread of dealing in. Packs and layers of such thoughts could obstruct decision-making and lead one astray from the golden path. Reading defense theory, paying attention to the discarded tiles, and calculating probabilities may put one into a state of comfort and control. But that amount of knowledge they put forth does not prevent illogicalness. The tower crafted from collecting information can be easily toppled by a pebble of whimsicality, creating a double-edge sword that challenges one’s beliefs in their learning and casts them back into the fear of the unknown. Thoughts of self-doubt and uneasiness reverberate through the corners of the mind, otherwise known as ‘tilted’. But at the end of the day, all the worries and frustration belong to a natural cycle that one must accept. Being slighted and rejected, experiencing mental pain, expressing sadness is all part of living. Getting hurt is part of the risk and acknowledging that is part of the maturity. Putting forth energy into the extraneous, echoing thoughts hides the core question of what one should be facing at the mahjong table: “Which tile do you discard?”.

Carrying no expectations, be void of outside noises and focus on the task in front of you. The simplicity of it all is in reality, hard to practice since there is a sense of hypocrisy. Mushin is a state of no mind, but that does not mean the absence of critical thinking. Intelligence is not mutually exclusive from mushin. Rather, what mushin means is to free oneself from unnecessary, cumbersome thoughts, to have a quick wit. A punch is thrown and a person dodges. He doesn’t think about what happens when he dodges, how to dodge, the advantages of dodging, the fear of failing to dodge, and all those big and however small miscellaneous assortments of dodging thoughts in the heat of battle. He simply dodges with no hesitation. 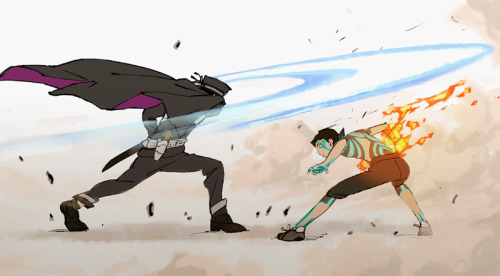 It lies here where a form of self-confidence starts to sprout. Not being tied down by extravagant thoughts, an appreciation for the simple and mundane act of doing and not doing. Even if a failure occurs, or when things don’t go in a favorable way, to decisively make a choice and accepting all possibilities of the outcome leads to a renewed faith in oneself. The willingness to accept the truth of their existence and dying in comfort knowingly. In mahjong, one can calculate the Bayesian probabilities or make a chart to weigh the benefits and consequences of each choice, but at the end, it is simply whether they want to take the risk and discard that tile. And once one full-heartedly embraces everything about their decision with no hesitation: the worst case scenario, the best case scenario, and everything in-between, their action is an honest and confident representation of their true self.

And there is something unique and transcending when people in earnest are in battle for glory. An experience that is difficult to translate to words, and can seem contradictory. Like two climbers clinging desperately towards the peak of the mountain within the harsh, unpredictable wind of fortune blowing in folly. In those instances of times, the brief silent moments of the cruelty of battle, spark a connectivity between humans. A passage of relatability and a source of warmth in the blizzard. The duality of understanding each other and the acceptance of the death of another, no words spoken in-between. A high-stakes, ephemeral stage: the proof of exchange of one’s life’s emotions and hardwork.

As the conclusion nears, as one eventually falls from the mountain peak, they stare back in wonderment if they were honest in their struggles. Their efforts fading like sand in the wind only to be caught by the love of the sport and rebuilt again. 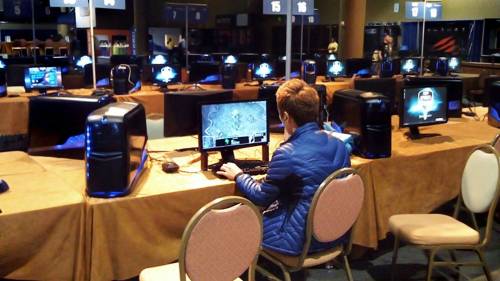 In turn, the wheel of the competitive cycle continues to spin, the experiences and exchanges among different people help build a steel foundation of perseverance and respect amidst the unexplained insanity of luck and flow. Shifting fortune can strip a person bare whilst making a person wealthy, underlining adaptation and calmness as landscapes morph haphazardly through the flow of time. And while sceneries change into unrecognizable crossroads, walked by new, ever-changing people on their own mental journeys amidst the formidable chaos, the familiar lingerings of the bond that was once felt among the glory mountaintops still remain. 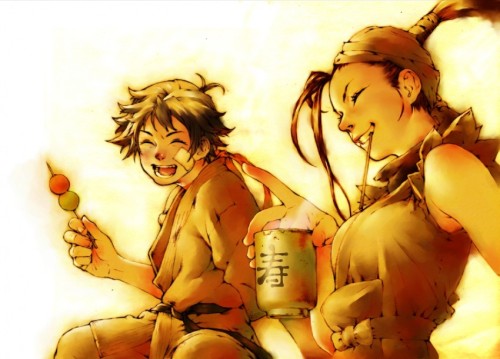 The Wheel of Fate Keeps Turning.